This weekend, I went to the Veggie Dog Eating Contest. Overall, it was a really good time–with free Temptation ice cream and lots of fun people, including the Vegan Firefighters. There was a big turnout and it was great to see so many people supporting such an event.

One disappointing thing was that the flyer claimed “free veggie hot dogs,” but they were only free to those who participated in the contest. If I had known that, I probably would have signed up just to eat a couple free veggie dogs. 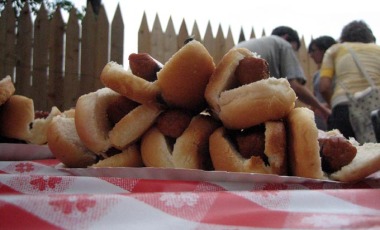 What bothered me the most though, was that they were selling meat dogs along with the veggie dogs. I think this diminished the significance of an otherwise meaningful event–an event that could have been a purely vegan experience for both meat eaters and vegetable eaters to enjoy together. With both meat and veggie dogs available, meat eaters were able to stick with the traditional dog they’re used to and avoid tasting something new. If there had only been veggie dogs available, hungry folks who would have normally chosen a meat dog would have happily eaten the veggie dog anyway without any questions or fuss. This was the perfect opportunity to show that vegan veggie dogs taste the same as their non-vegan counterparts (and even come without all the cruelty and gross animal by products). With meat being offered as an alternative, I wonder how effective this event was at convincing. 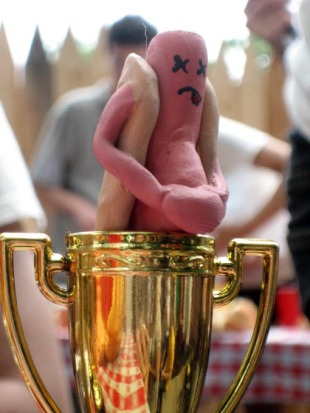 Still, there was some interesting vegan/vegetarian trivia and a few tables with information about veganism. I had fun and I hope Austin throws more events like this in the future. Here are some pictures: 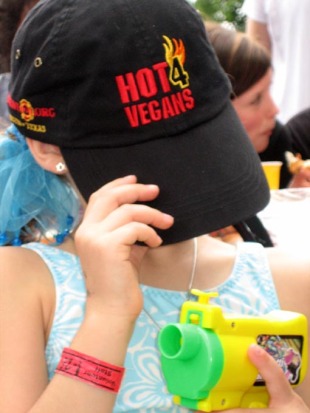 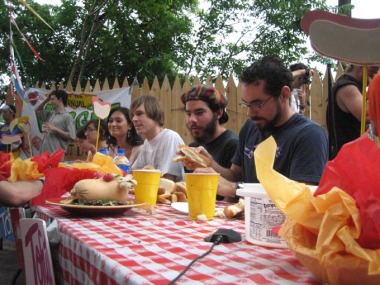 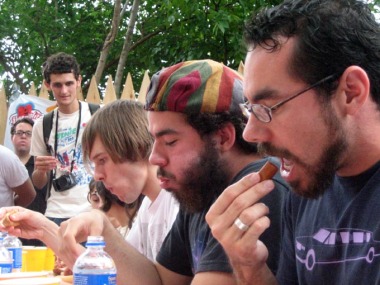 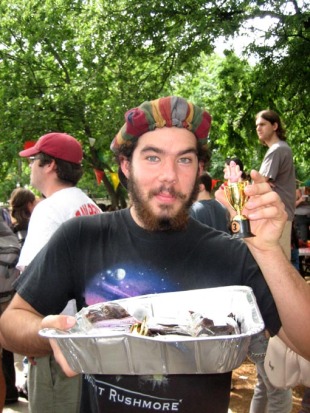 There are also more pictures here.

I answered a trivia question and won cupcakes from the ATX Vegan Bakery. This is funny because I made tons of cupcakes the night before. 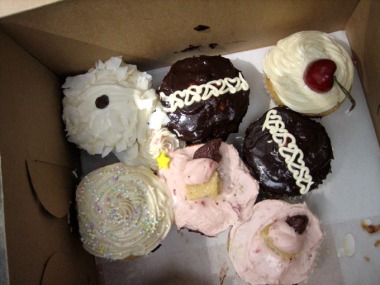 This entry was posted in Austin, Food. Bookmark the permalink.